The trailer of the film Dhoop Chhaon produced by Forever Big Entertainment was launched at a grand event at Infinity PVR, Mumbai. On this occasion, the film’s actors Rahul Dev, Abhishek Duhan, Aham Sharma, Simrithi Bathija, Samikssha Batnagar, Ashish Dixit were present. Film’s director Hemant Sharan and producer Sachit Jain were also present at the event. He has described this film as an important part of his journey, he further said that this film will remind the viewers of Hrishikesh Mukherjee’s films. 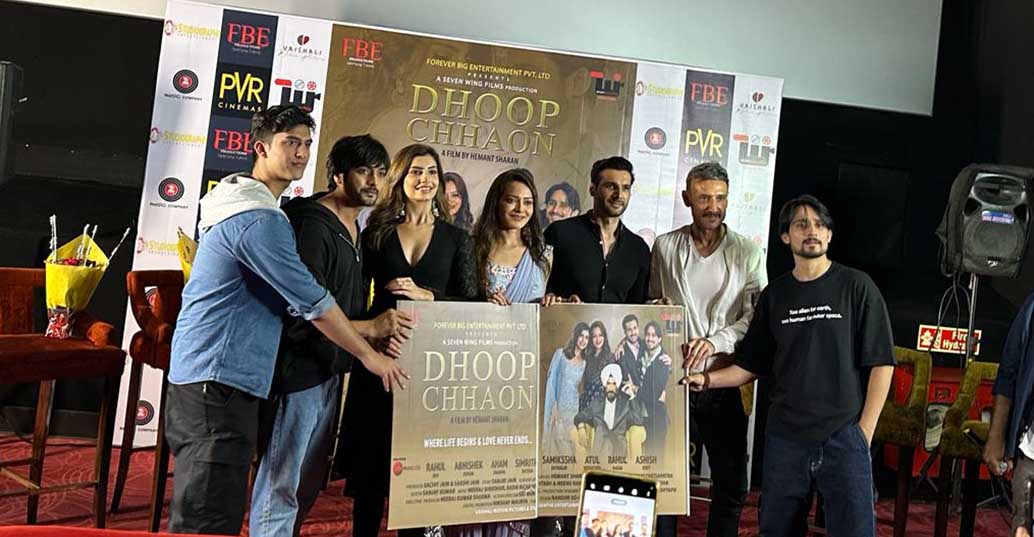 Abhishek Duhan and Aham Sharma are in the lead roles of this film. Abhishek said that this film is very close to his heart. He is working with Rahul Dev for the first time on the big screen. “Rahul Dev is an experienced actor and I got a chance to learn a lot from him during the shoot” quoted Abhishek. Aham Sharma has also called it a great film. “The wait for my upcoming film on the big screen is about to end” said Aham Sharma. The director of the film is Hemant Sharan. Hemant Sharan said about the film that ‘Dhoop Chhaon is the result of a hard working team, it is a film made keeping in mind the Indian cinematic audience, in which emotional comedy has been given along with the family fabric’.

The trailer of this film can be seen on the official channel of Zee Music. Seeing the trailer, the film seems to be the story of two brothers based on family feelings and values. Indian family emotion can be seen in the film. The producers of the film are Sachit Jain and Sakshi Jain. The story is penned by Sanjay Jain. Writers are Hemant Sharan and Amit Sarkar and the film is directed by Hemant Sharan. The trailer of Dhoop Chhaon has also been appreciated by Bollywood trade pundits. Famous Bollywood critics congratulated the producer and director by sharing the trailer on their social media accounts. The film will be released simultaneously in most theaters across the country on 4th November. 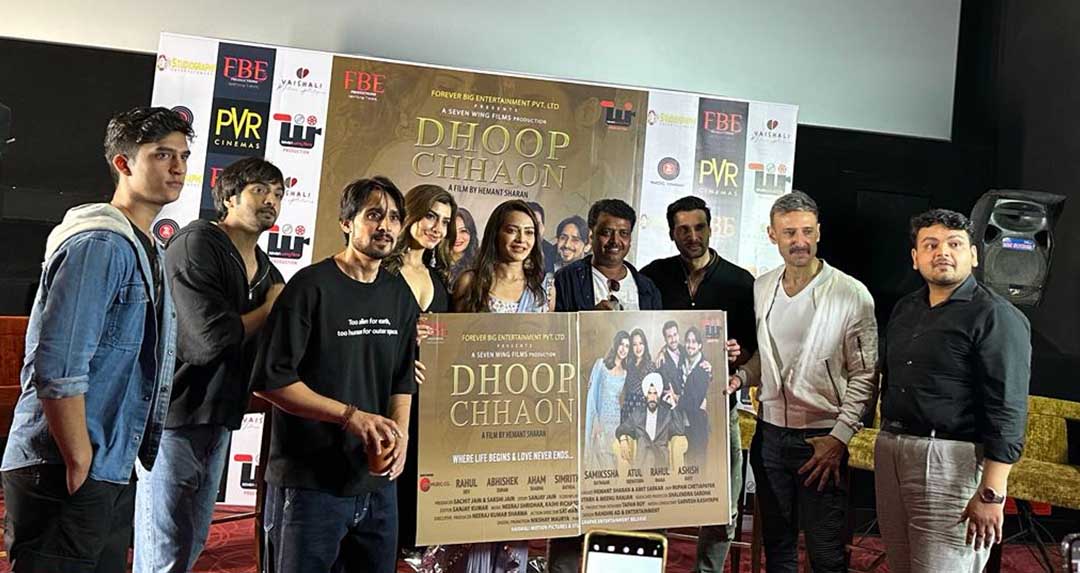