Mumbai (Maharashtra) [India]: Golden Ratio Films, the digital content production arm of Vistas Media Capital, commemorates the Battle of Haifa by announcing a film project telling its story. One of its most exciting movie project titled, ‘Heroes of Haifa’, will be co-produced by Yaelstar Films and Hundred Films. This will be GRF’s third successful project with Yaelstar Films.

The Indian and Israel governments held a special ceremony to mark the bravery displayed by Indian soldiers in the battle fought during World War I on 23rd September 1918. The producers of the film, Piiyush Singh and Ashwini Chaudhary of Golden Ratio Films along with Miten Shah, Promoter of Yaelstar Films and Atul Pandey, Co-founder of Hundred Films announced this during the Haifa Day celebrations, in Haifa to honour the historic event.

Based on the most successful cavalry charge in the history of modern warfare, the movie will bring to screen the epic story of Indian soldiers from the Jodhpur Lancers, Mysore Lancers, and Hyderabad Lancers. They were armed only with lances and swords, outclassing Ottoman, German, and Austrian troops. The opposite side was superior and equipped with machine guns, cannons, and modern weapons but could not prevail in the face of Indian soldiers. Even today, Israeli school textbooks educate students about The Battle of Haifa and their gallantry.

Authentic 20th-century Middle-Eastern architecture, clothing, and culture will bring to life the chilling realities of The Great War. The fast-paced war drama with realistic action intermingled with world geopolitics at the time will share experiences of raw horrors and glories of Indian soldiers. Ministries of Israel have encouraged the production and invited them to shoot the film at actual locations in Israel, where the battle went down. Through this collaboration, the film industry will benefit from the wealthy history of both cultures and will aid the future of Israeli and Indian cinema.

Atul Pandey, Co-founder, Hundred Films, “We are honoured to make a film with such an exceptional storyline. After a lot of research on minute details and considering the nuances of battle we are able to pin down this incredible narrative the world should be aware of. The shooting of ‘Heroes of Haifa’ will be set in the actual theatre of the First World War in the Middle East. It will enhance the friendship between the two nations through cinema.”

Miten Shah, Promoter, Yaelstar Films, “This is a very important chapter of history where Indian soldiers showcased incredible courage and worked to defeat the Ottoman Empire. This historical film will have a mixed cast, including Indian and international actors. ‘Heroes of Haifa’ will give viewers an authentic experience of the era, and I am thrilled to be a part of a project mounted on an epic scale.”

Piiyush Singh, Co-founder & Group COO, Vistas Media Capital, “We are very excited to partner with Yaelstar Films and Hundred Films Entertainment for this project. ‘Heroes of Haifa’ is a story about the courageous feat of Indian soldiers that has been lost in the pages of history, and we are glad to bring it to the fore. As a global production house, GRF strives to raise awareness about subjects attached to a cause. We hope to connect with Israeli audiences through this film and look forward to working on other interesting subjects based in the country.”

Ashwini Chaudhary, President, Golden Ratio Films, “‘Heroes of Haifa’ is yet another international film venture undertaken by GRF that will give us the opportunity to open the pages of Indian history that have seemed to be lost. This gives us a chance to showcase our skills and re-create moments that changed the course of world history. Given our past experiences with undertaking successful projects on an international scale, we are confident that this new venture that will resonate with generations to come. It’s a love of labour and we are happy to get this rare chance to do justice to an absolutely incredible story.”

The Israel Foreign Ministry said that it was a wonderful discussion with Bollywood producers on Indo-Israel films and media collaborations. Joint projects like this will help strengthen the close ties between the 2 countries as they celebrate 30 years of diplomatic relations. “The epic historical drama intends to appeal to a broad audience, especially Israelis. The Battle of Haifa is a very important part of Israel’s history and deserves to be remembered as a special symbol of resilience and sacrifice.”

The Mayor of Haifa, Dr. Einat Kalisch Rotem, blessed the decision of the producers to film the movie in Haifa and assured the production of all support in any way possible, “I’m positive that the movie will show our beautiful city and its importance in the history of India. This large-scale production will create awareness about Haifa among millions of viewers, not only from India but from other countries, and increase tourists visiting the place.”

GRF has a strong pipeline of major releases, both theatrical and over-the-top (OTT) projects for 2022 such as ‘Sehar’, a movie starring Pankaj Kapur as the lead; ‘Baby Crasto’, a film directed by Jesal Shah with Supriya Pathak in the star cast, and ‘Lord Curzon Ki Haveli’, a black-comedy-thriller that marks the directorial debut of actor Anshuman Jha. In the upcoming GRF movie ‘Superwoman’, actress Meera Chopra addresses the taboo topic of asexuality, while ‘Pep’, a Hollywood project, is a real-life story of world champion boxer Willie Pep. A fighter with the most wins, ‘Pep’ is about his journey out of retirement and back into the ring. This project will be followed by ‘JBaby’, a Tamil drama directed by Suresh Mari. 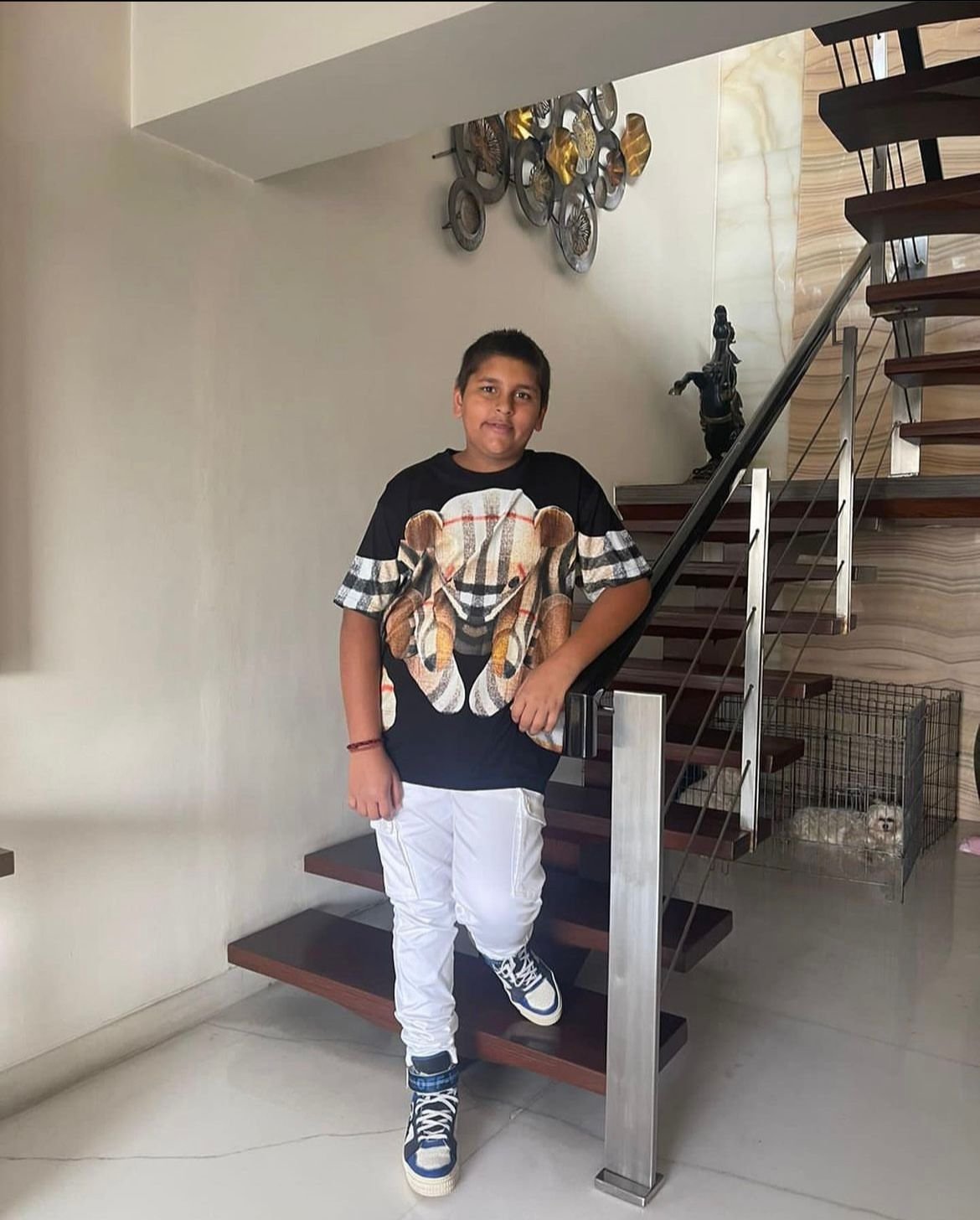